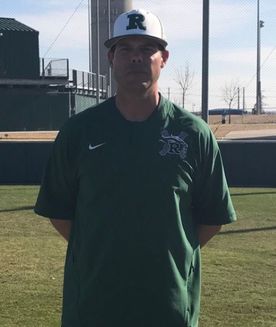 Chris Cox- Head Baseball
​
​​Chris was born and raised in Elizabethtown, Kentucky, and graduated from Elizabethtown High School in 1996. Chris went on to play baseball his first two years at NCAA Division I Davidson College in North Carolina, where he lettered two years. He then transferred and finished out his collegiate baseball career at Lipscomb University in Nashville, TN. Chris lettered both years at Lipscomb, and was named to the Academic All-American Team. He graduated with a B.A. in History from Lipscomb in 2000. Chris also has a Master’s Degree from Lamar University.

After a short stint in the business world, Chris decided to pursue his passion to teach and coach. Chris has been an assistant coach at Elizabethtown High school in Kentucky, Athletic Director and assistant baseball coach at South Iredell High school in North Carolina, volunteer assistant coach at Marcus High School in Flower Mound and Frisco High school, head JV coach at Wakeland High school, and most recently, the varsity assistant at Frisco High School. Over the past 5 years, Chris has been a part of programs that have made it to at least the Regional Quarterfinals, and this includes a trip to the state tournament in 2010.

Chris is extremely excited about the opportunity to build the Reedy baseball program from the ground level, and has very high expectations for his athletes both in the classroom and on the field. He and his beautiful wife Leiann have been married for 13 years and have two incredible children, Caden (7) and Makayla (10). 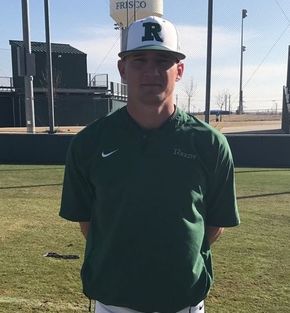 ​Chad Price- Assistant Varsity
​
Chad was born and raised in Denison, Texas, and graduated from Denison High School in 2005. Chad went on to play baseball for two years at the NJCAA Division I Eastern Oklahoma State College where he lettered for two years and was awarded the Gold Glove award for the Bi-State conference along with playing in the Bi-State conference All-Star Game. That summer he went on to play summer ball for the Peninsula Oilers in the Alaskan Baseball Summer League in Kenai, Alaska. Chad finished out his collegiate career at NCAA Division I University of Texas Arlington in Arlington, Texas. He graduated with a B.A. in Interdisciplinary Studies from UTA.

​After his college baseball career Chad decided to enter education back at his alma mater Denison High School, where he was a part of the first team to reach the playoffs in Denison for over 10 years. Most recently Chad has been at Pilot Point High School where he has been a Varsity Assistant Baseball Coach for two years. Chad is excited to be a part of building the Reedy baseball program from the ground up, and is dedicated to ensuring that students achieve both personal and professional success in the classroom and on the field. 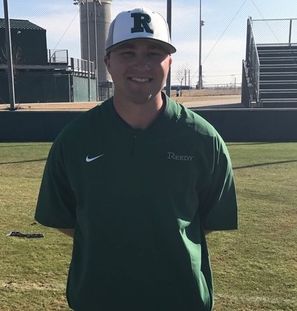 Jonathan was born and raised in Hobart, OK and played high school baseball and Football at Hobart High School. During his high school career he was Oklahoma Coaches Association (OCA) All State catcher. Oklahoma Coaches Association (OCA) All State catcher and in football, he was an OCA All State running back, District MVP and Class All Star. He then went on to play for South Mountain Community College (Phoenix) and Redlands Community College (El Reno) before he was forced to give up the baseball due to health problems.

After his college career was over, he finished his Bachelors at Southwestern Oklahoma State University with a Major in History and Minor in Kinesiology in 2012. He also finished his Masters in Ed. Leadership in 2015.
He previously coached baseball and football at Union High School in Tulsa, OK. While at Union, they made the 2014 State Championship game in football and they were the regional final runner-up in 2014, 2015, and 2016 in baseball.

Jonathan and his wife, Macy were married in June of 2013. She is currently a teacher at Vaughn Elementary.  Jonathan's dad, John Gelnar, played 8 years in the Majors (1963-71), for the Pittsburgh Pirates, Seattle Pilots, and the Milwaukee Brewers.  Jonathan and his wife have a dog named “Mookie" after Red Sox Outfielder, Mookie Betts. 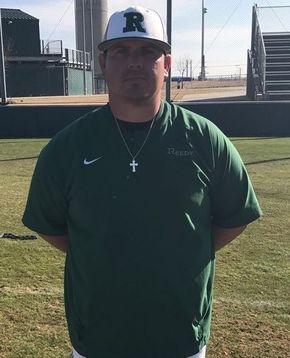 Keith was born and raised in Pilot Point, Tx, and graduated from Pilot Point High School in 2005.  Keith went on to play baseball for Tarleton State University where he lettered for 4 years as a catcher/3rd baseman, and was an All Lone Star Conference award winner 3 out of 4 years.  He was chosen to be on the 2009 Lone Star Conference All-Tournament Team.   He played summer baseball with the  Dallas Texans in the Dallas Amateur Baseball Association  and Coppell Copperheads in the Texas Collegiate League.   He graduated with a B.S. in Kinesiology is 2009.

​After his college baseball career Keith decided to enter education in Aubrey, Texas.  He was the Assistant Coach for 2 seasons before taking over the program in 2012.  Keith left Aubrey to return to his alma mater, Pilot Point for the next 4 years.  Keith is excited to be a part of a newer program and excited to get the first varsity season started.
Keith and his wife, Ashton were married in June of 2014.  She is a teacher at Denton Braswell High School.  They have a 1 year old son, Knox. 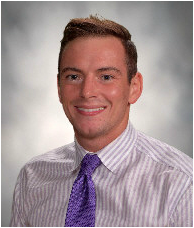